Through the streets of Kavala Part 3 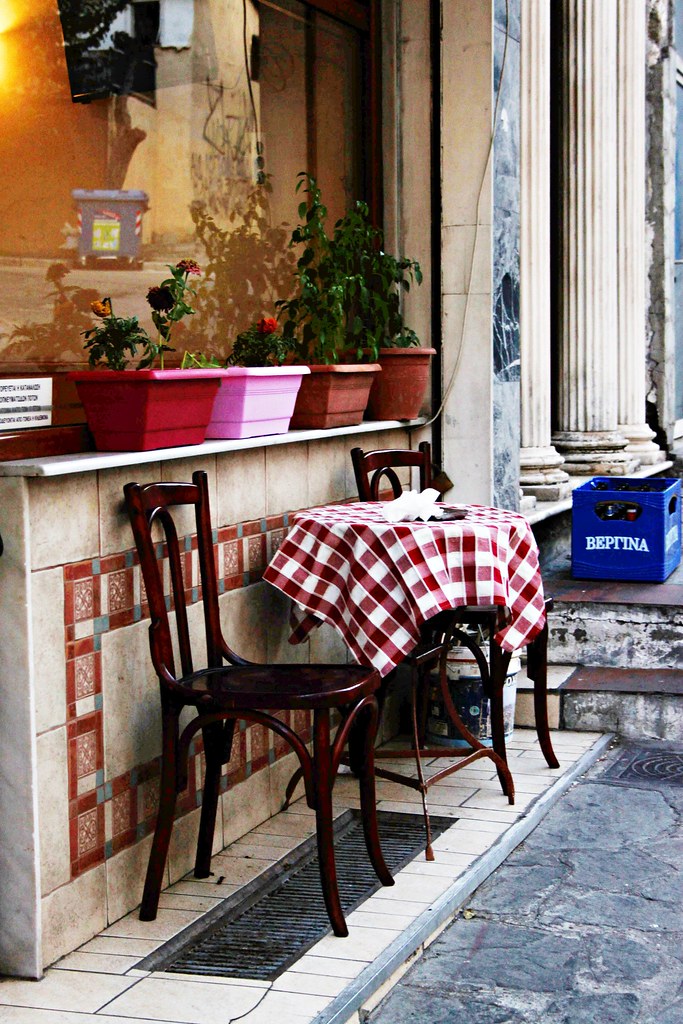 For our last evening in Kavala, we were planned a stroll along the cental port at sunset for a chance to catch that golden hour light.
The port of Kavala played a major role in the evolution and the development of the city from ancinent times until now. It was built by the Thassians at the end of the 7th century B.C.
The views of the old town Panagia and the castle on top of it are spectacular, especially at sunset with that magical light. 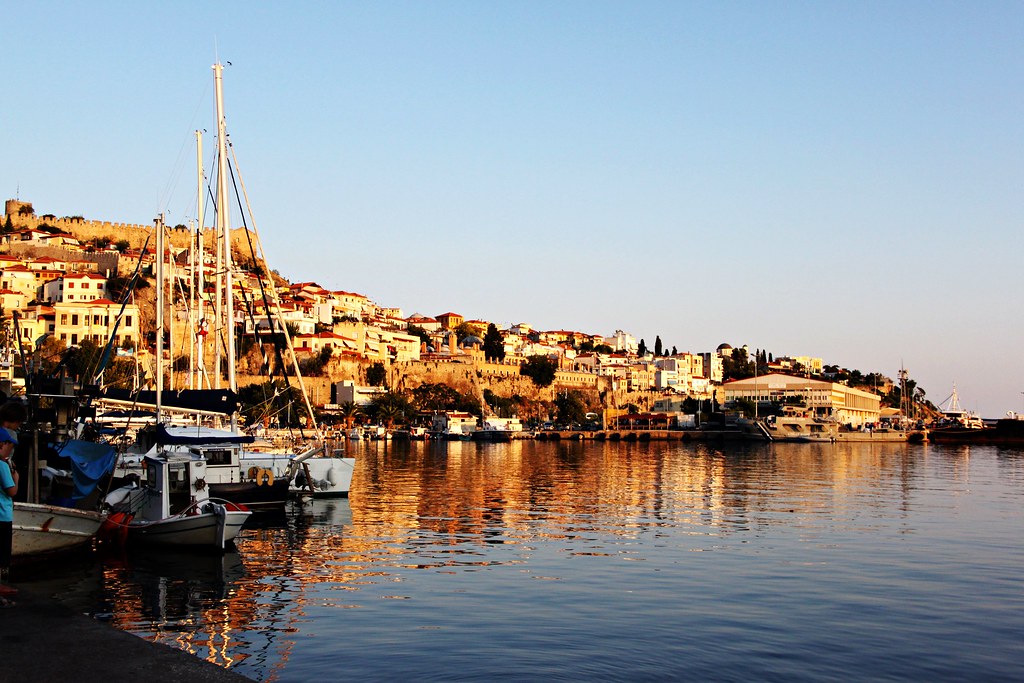 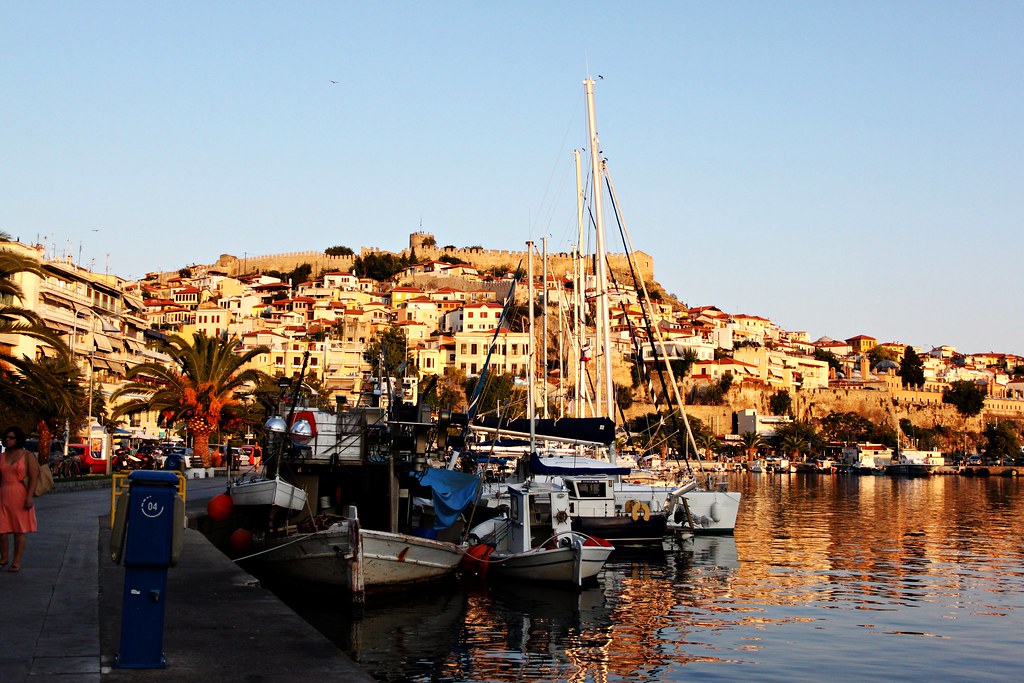 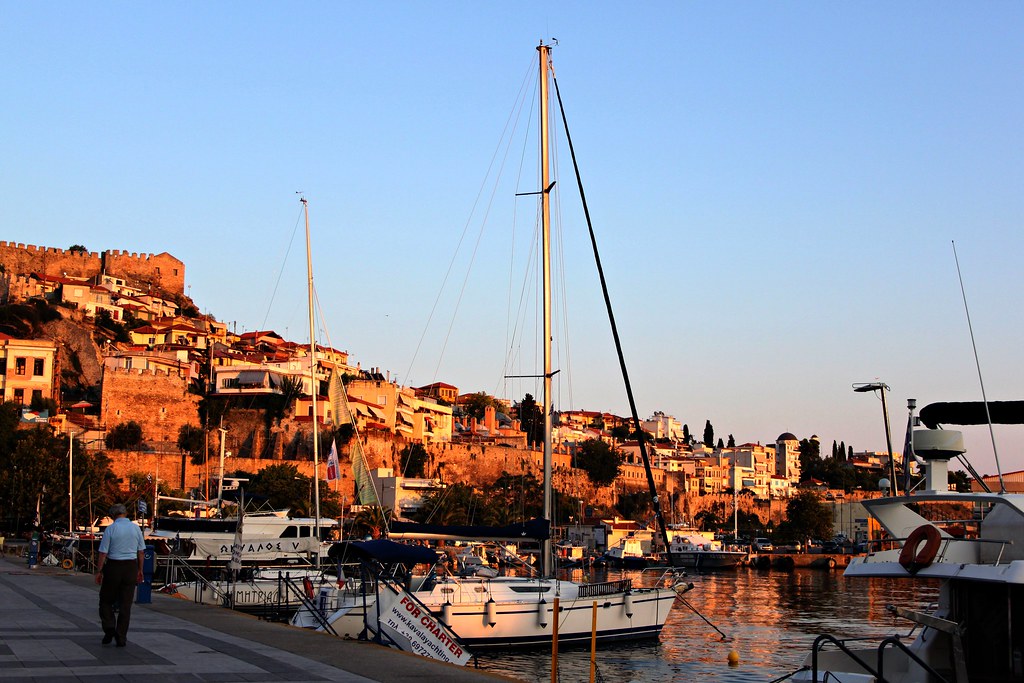 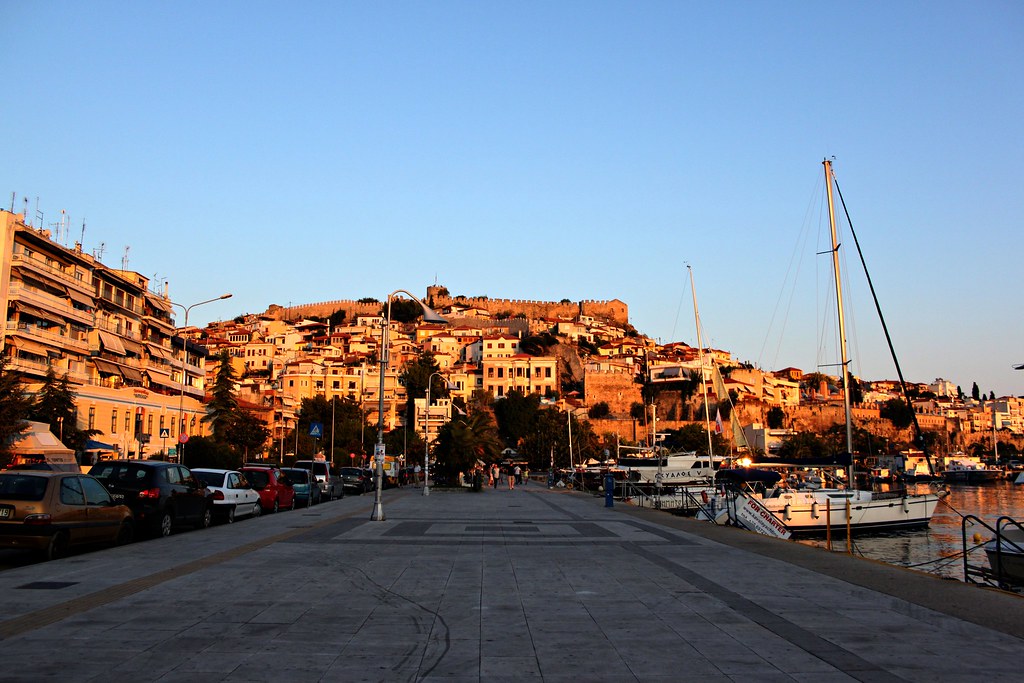 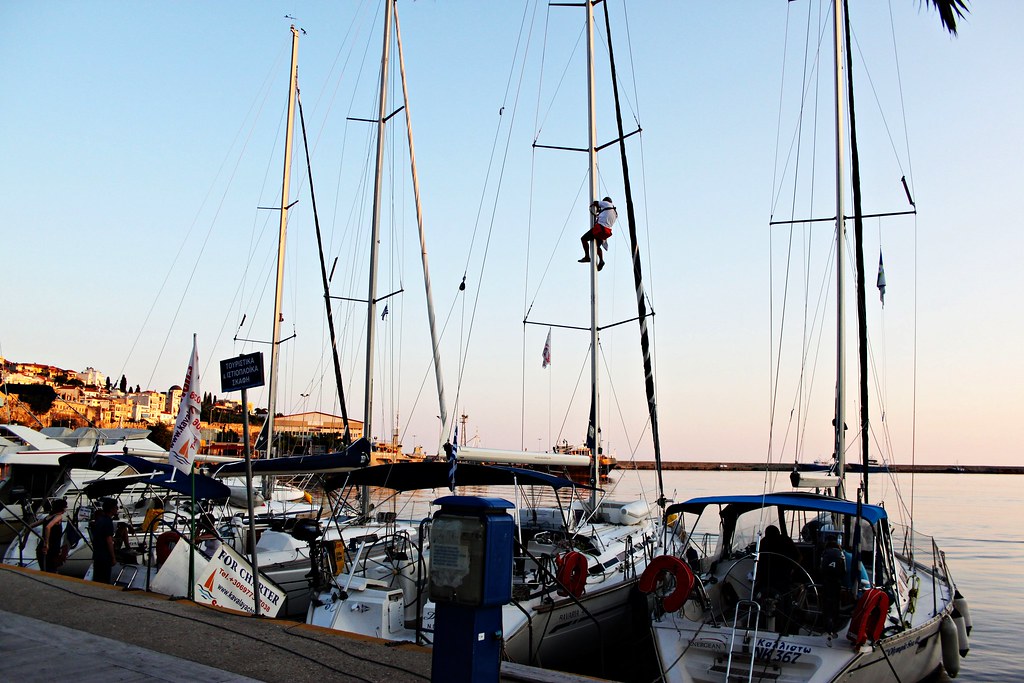 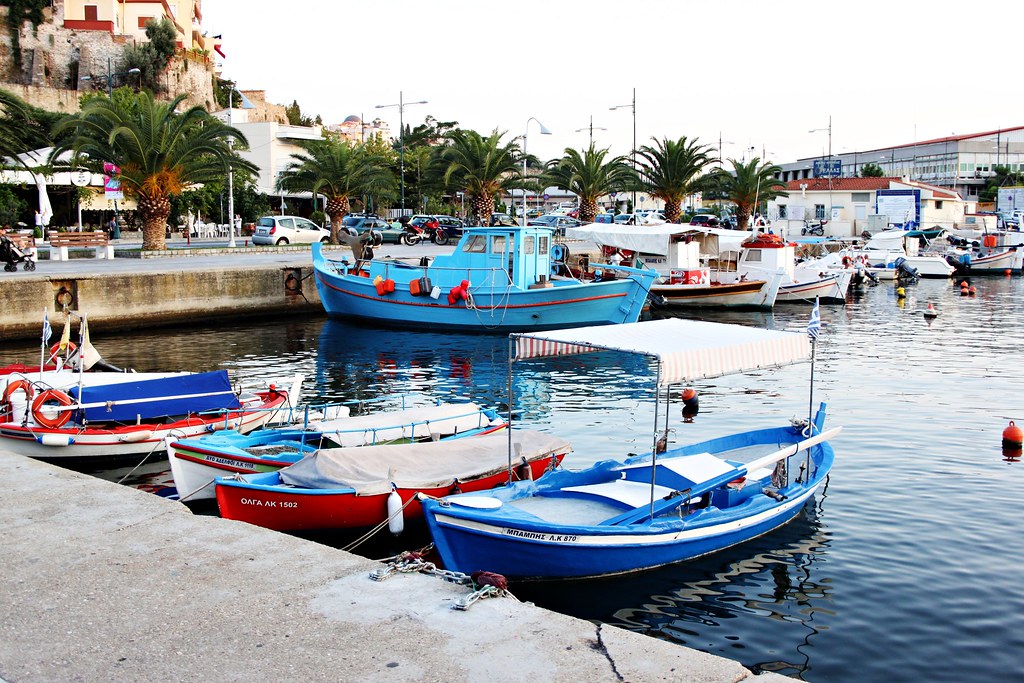 The harbour is full of all sizes boats and yachts. Also from this point you can catch the ferry to various destinations.


That evening I opted for something quite Greek in my opinion. You can see the details of this outfit here. 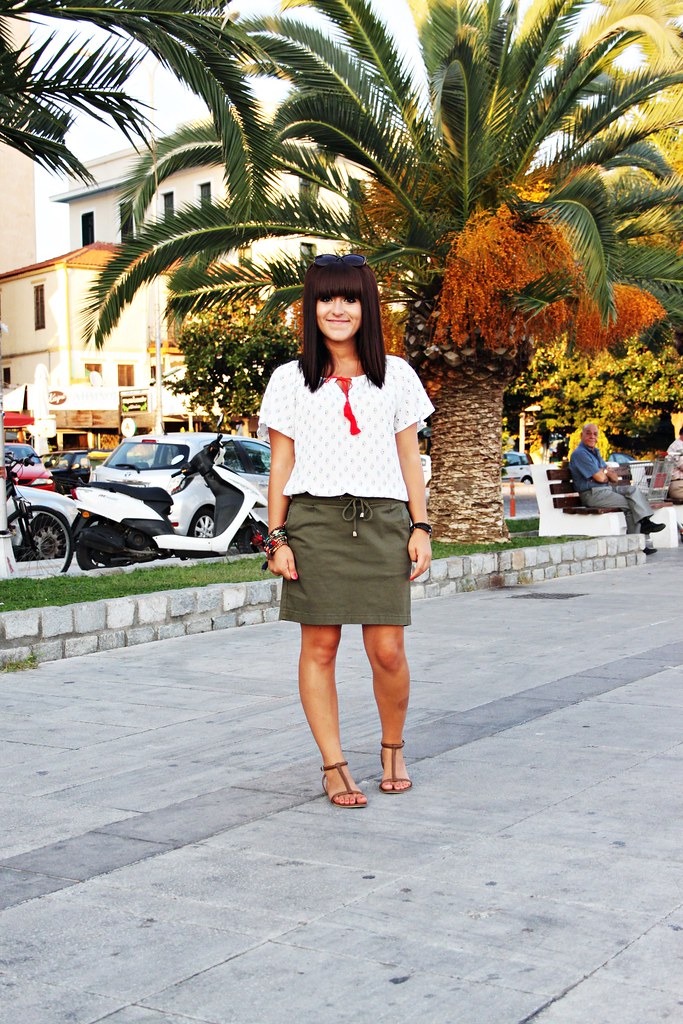 Then we continued wandering through the new part of the city, where there is a lot to be seen as well. Not very far from the harbour is situated the St. Nicholas Orthodox Church, which is quite impressing. 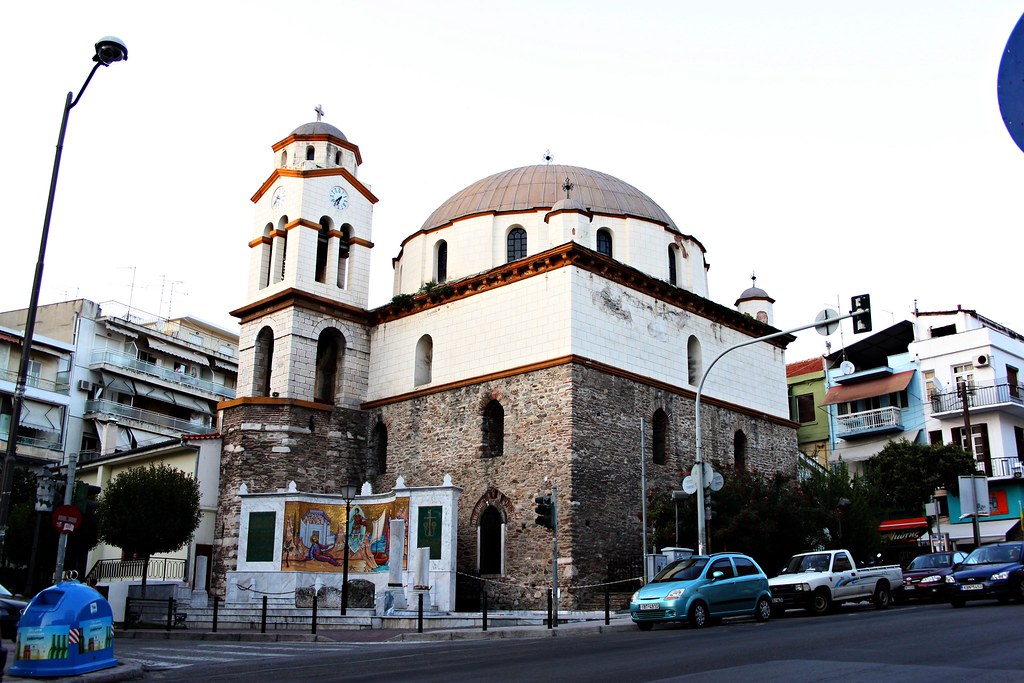 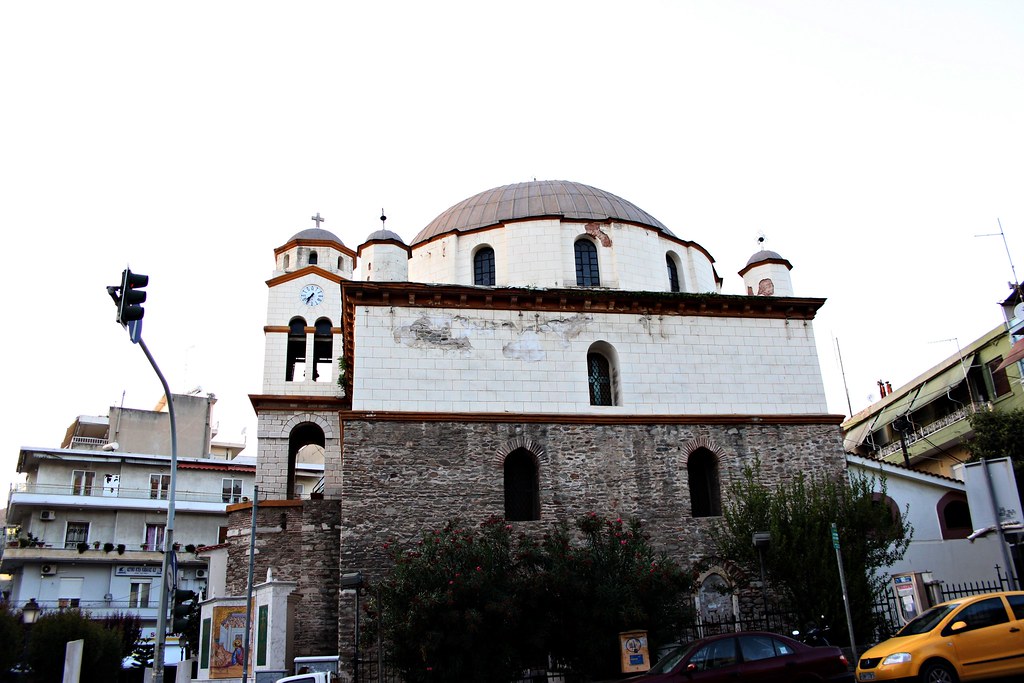 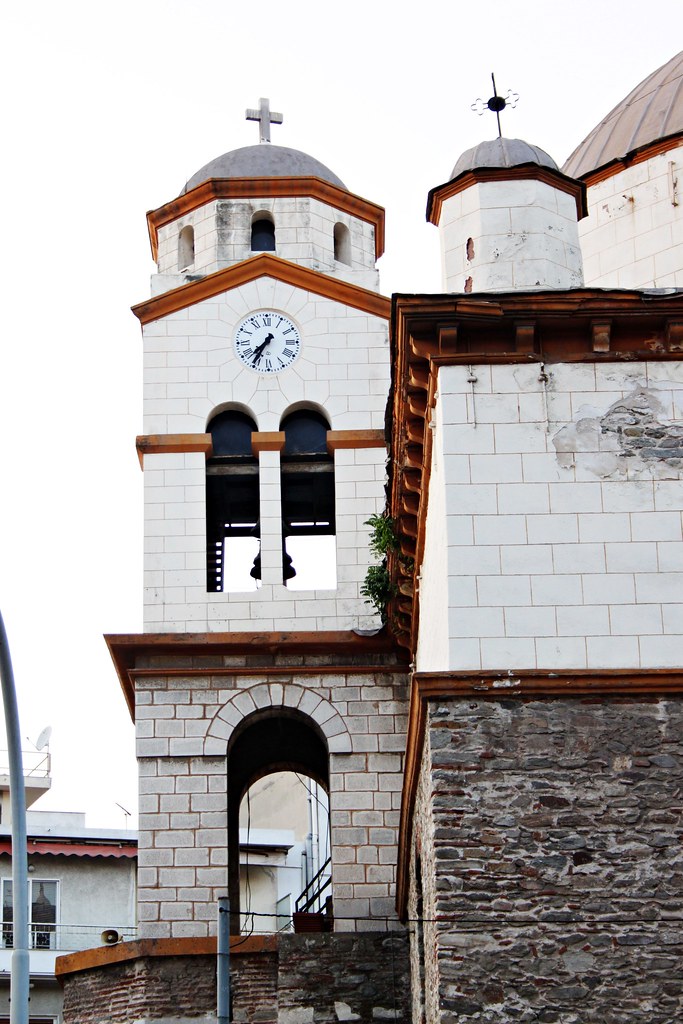 Next to the church of St. Nicholas is located a beautiful mosaic with great details, which is a monument, dedicated to St. Paul. It is placed in the area where the ancient port from which he arrived in Kavala was. 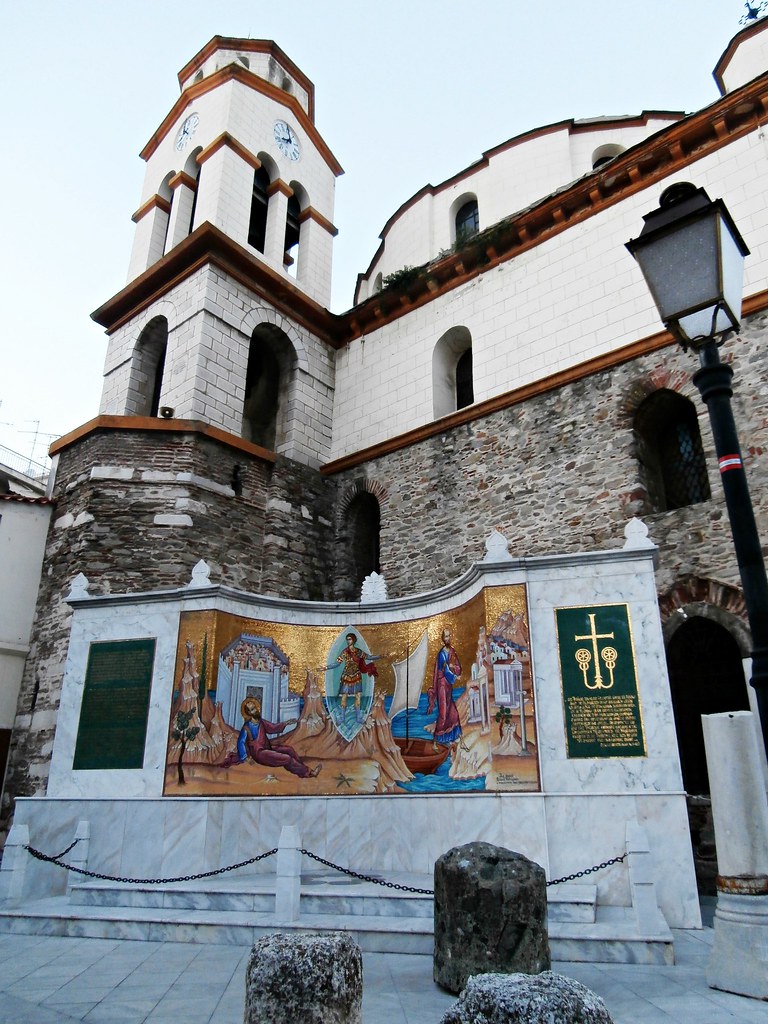 Another one of the city's famous landmarks that we eagerly wanted to see was the Kavala aqueduct. Although it has been suggested that it is "probably of Roman origin", the present structure is work of the Byzantine period, which held extensive repairs during the Ottoman rule, particularly during the reign of Suleiman the Magnificent and Legislator (1530 AD approx). This double arch structure was designed to bridge the peninsula of Panagia with the foot of the mountain of Lekani. It was used to carry water from mountain sources in today's old town Panagia. 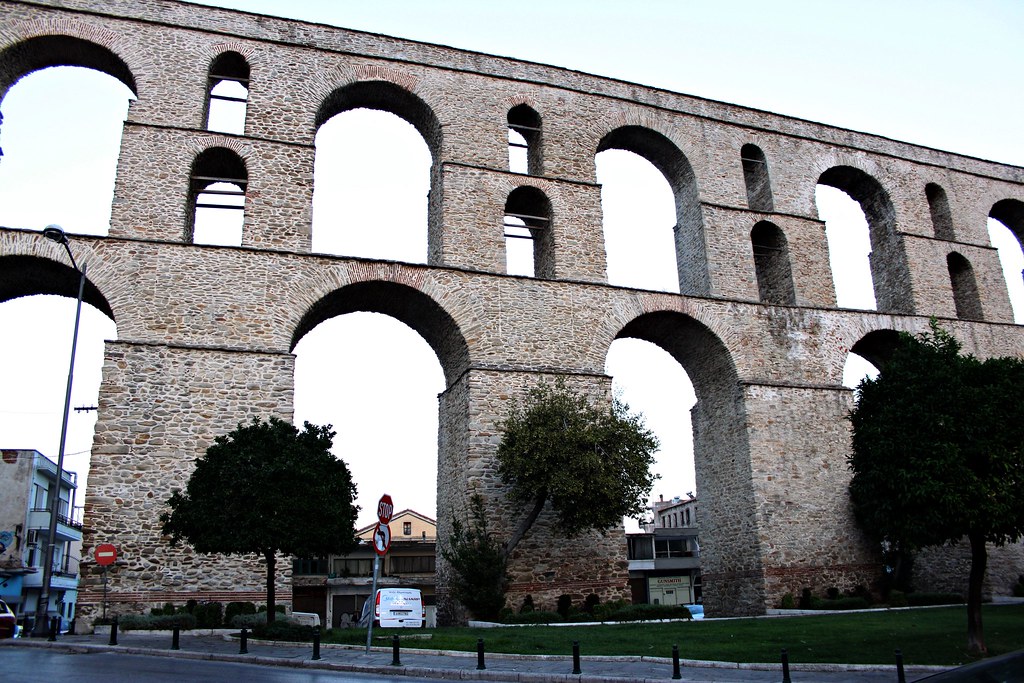 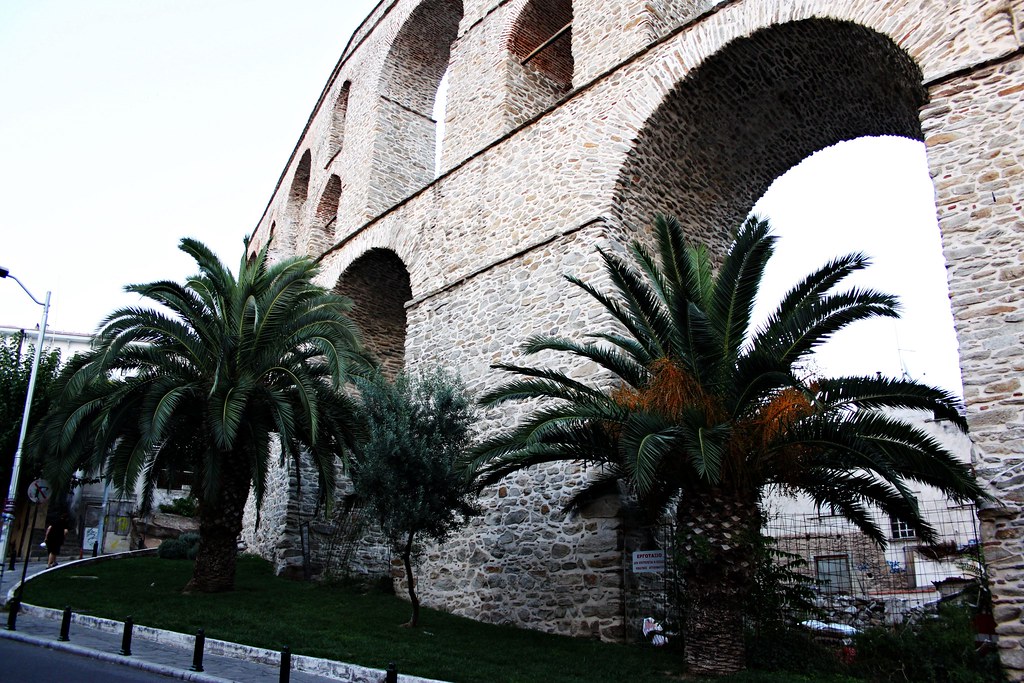 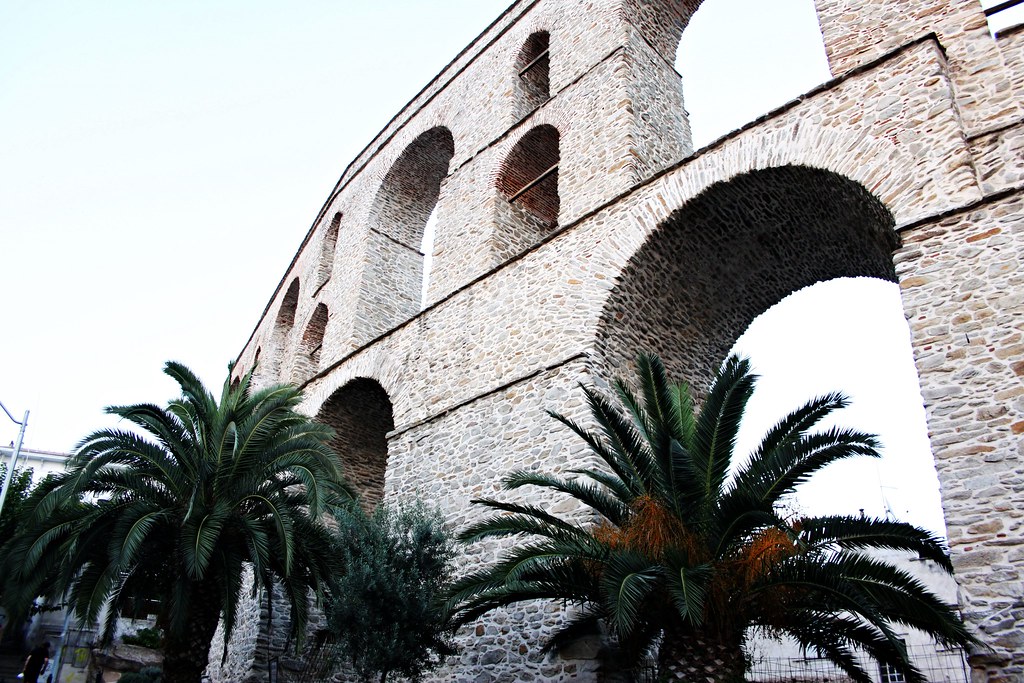 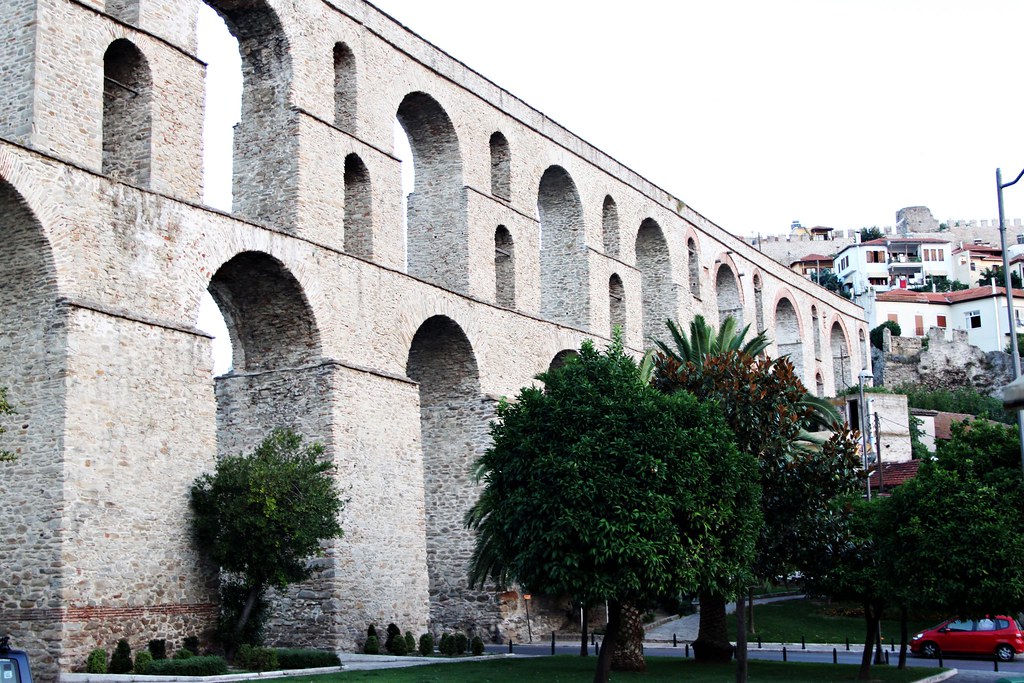 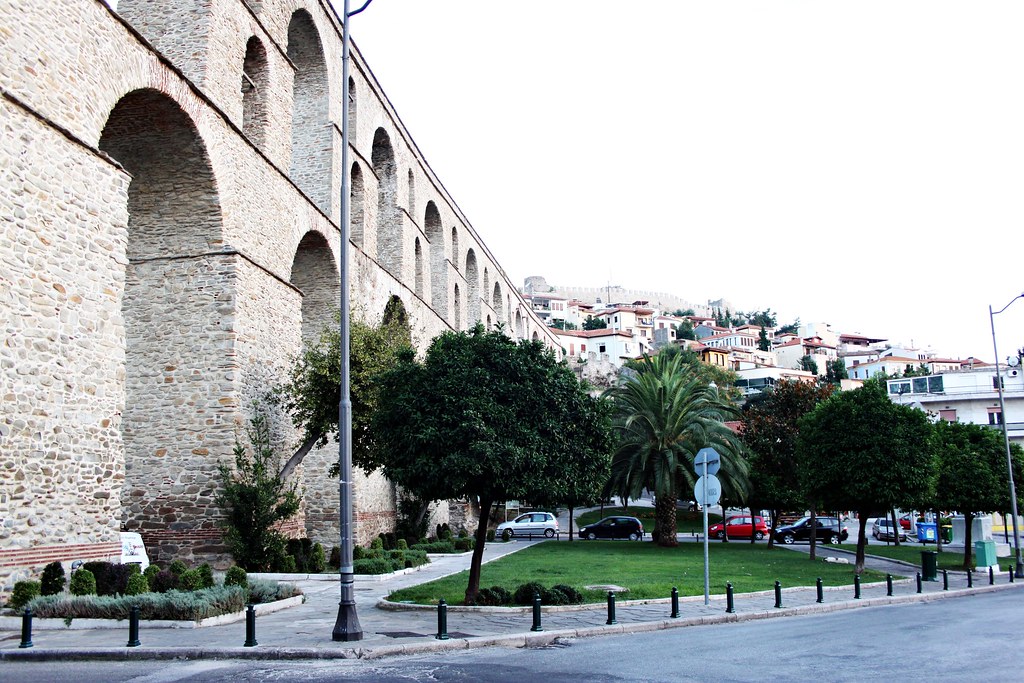 Thе pictures don't do justice to its magnificent and glorious appearance.

And since it was our last evening, we ended it with drinks at our favourite The wood and rock bar (whеreof I speak in this post), followed by a walk by the harbour at dusk. The perfect way to say goodbye.. 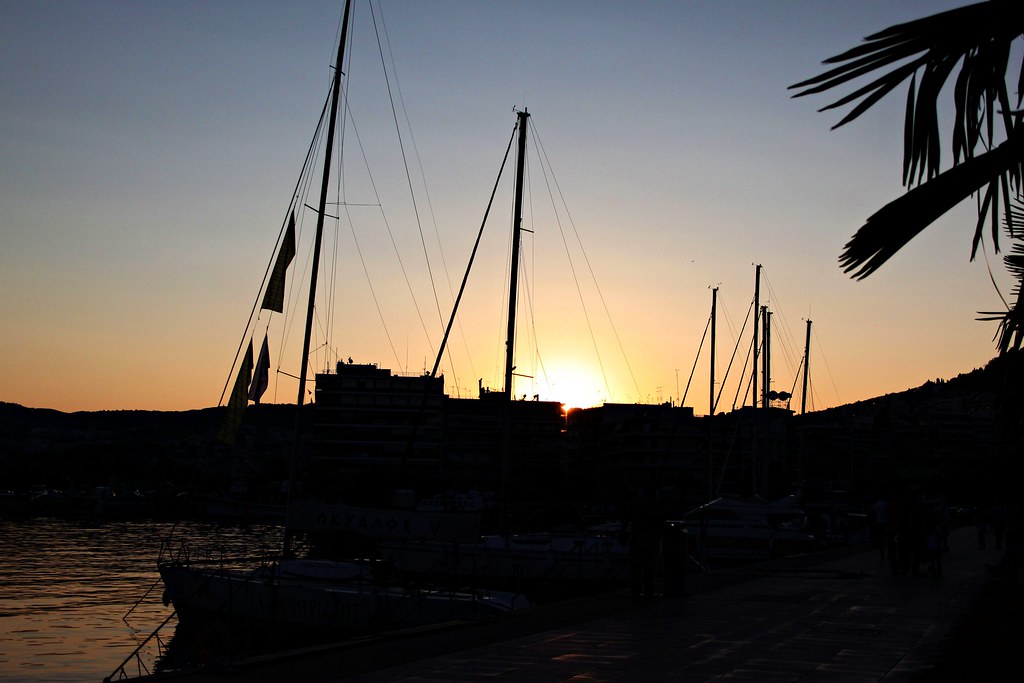